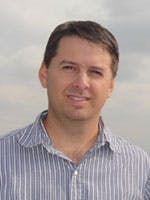 Ken has been a physical therapist since 1997, treating a wide variety of patients. He co-owned and managed an outpatient physical therapy clinic for the last 12 years in Pineville, Louisiana, but had always dreamed of living in beautiful Colorado. So July 2014, he and his family moved to Arvada, and he opened his own outpatient clinic, Premier Physical Therapy, in Westminster. Ken attended Florida State University 1991-1995 where he was an All American tennis player. He then received his Master of Physical Therapy from University of St. Augustine in 1997 and his Doctor of Physical Therapy degree in 2007. Ken is a member of the APTA and the private practice section of APTA. 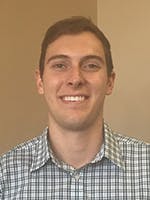 Growing up in the state of Colorado, Eric attended Colorado State University where he received his Bachelor of Science in Health and Exercise Science in 2012. Wanting to pursue a career in physical therapy from a young age, Eric went on to achieve his Doctor of Physical Therapy degree from the University of St. Augustine for Health Sciences in December of 2015. Eric received his manual therapy certification in 2016. He is also a member of the APTA as well as the AAOMPT. When not treating patients in the clinic, Eric finds joy in a multitude of outdoor activities including hiking the Rocky Mountains and playing a variety of sports such as basketball, volleyball, and snowboarding. Along with helping others achieve their rehabilitative and personal fitness goals, living an active lifestyle is just one of Eric's many passions in life. 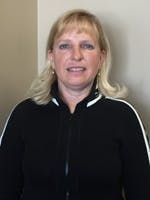 Kim has been a physical therapist for 25 years. She moved to Colorado in 1996 and worked for several years before taking time off to stay home with her 2 kids. Kim attended Drake University 1983 - 1988 where she received her Bachelor of Arts in Biology. She then attended Des Moines University from 1988-1990 where she received her Master of Science degree in Physical Therapy. Kim is certified in equestrian fitness and rehabilitation and is also interested in golf biomechanics and rehabilitation. Kim enjoys spending time with her husband, 2 kids, 1 horse and 2 dogs. Kim is a member of the APTA. 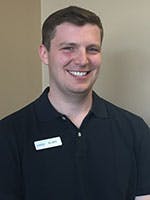 Blake knew he wanted to be a Physical Therapist after spending time in a clinic in high school and personally experiencing the benefits of therapy after suffering his own injury. He pursued his passion for the field in college, graduating with a degree in Exercise Science from the University of Southern Mississippi and a Doctorate degree in Physical Therapy from the University of Mississippi in 2015. He then began his career as a physical therapist working with Therapy Management Corporation until relocating to Colorado. Blake began traveling to Colorado as a child, where his love of the mountains began. Recently married in September 2015, he and his wife share a passion for the outdoors and colorful Colorado, ultimately leading to their relocation. Blake is a member of the APTA. 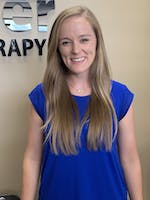 Sydni was raised in Arkansas where she studied at Harding University to earn her Bachelor of Science in athletic training then went on to earn her Doctorate in Physical Therapy. During PT school Sydni used her clinical rotations to travel around the US and discovered her love for Colorado while completing her first rotation at Premier. She is passionate about tailoring her treatments to fit patients goals and working hard to get them back to what they love. She also enjoys spending her time hiking, playing tennis, skiing, doing yoga, photography, and raising peacocks on her free time. 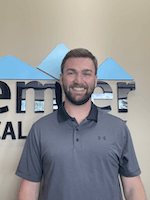 Connor was born and raised in Pennsylvania with dreams to become a physical therapist in Colorado one day. He earned his degree in Health Sciences from Gettysburg College in 2015 and spent the next 3 years working as a PT Aide. This experience allowed him to immerse himself in the profession and confirm his passion for the field. Connor earned his Doctorate of Physical Therapy from High Point University in April 2021. Connor is a member of the APTA and is a Certified Barefoot Training Specialist (EBFA). When not treating patients, he is likely exploring the Rocky Mountains with his girlfriend (Bri), who is also a physical therapist. Connor is an avid snowboarder, hiker, mountain biker, and golfer. 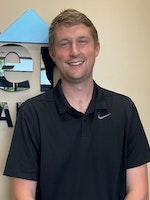 Travis was born and raised in Renton, WA and after traveling the country, finally settled in Colorado last year. He graduated from Boise State University with his Bachelor's in Exercise Science in 2015, where he also competed in cross country and track for the school. He then moved to Goodyear, AZ and received his Doctorate of Physical Therapy from Franklin Pierce University. He specializes in treating runners, but enjoys treating patients of all ages and conditions. Outside of work he is an avid runner and an assistant coach with Heritage High School's cross country and track team in Littleton. 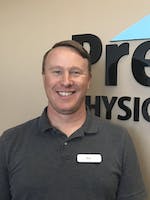 Born in California and raised in Pennsylvania and (mostly) New Mexico, Erik moved to Colorado in 2016 to pursue a career as a Physical Therapist Assistant. After earning a Bachelor's degree with a double-major in English and Philosophy and spending some time working for the nation's largest complex rehab technology supplier, he decided to go back to school to become a PTA. A true extrovert, Erik loves getting to know people and is passionate about helping others reach their full potential and live their lives to the fullest.

As an avid skateboarder, snowboarder, and DJ, Erik feels at home in Colorado and embraces the nightlife and outdoor activities this wonderful state has to offer. He lives in Denver with his wife, sister-in-law, their two dogs Twiggy and Noodle, and their cat Izzy. 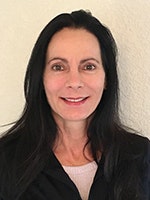 Born in Detroit, MI and raised in South Florida, Jennifer has been an ACE certified personal trainer for 15 years. After being out of school for 30 years, Jennifer decided to go back to school to become a Physical Therapy Assistant and graduated in December of 2017 from South University in Royal Palm Beach Florida. Jennifer's passion is people and to help them reach their safest, highest level of function so they may do the activities in life that matters most to them. Jennifer enjoys working out, white water rafting, hiking with her dog, biking, skiing and going to concerts, plays and museum exhibitions. 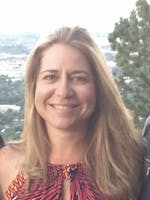 Born in Louisiana and raised in San Antonio, Texas, Michelle attended the Florida State University and graduated with a Bachelor of Science in Nursing in 1994. After getting married, starting a family and moving around the southern states, she and her husband decided to make the move out west in 2014 and have never looked back! After opening Premier Physical Therapy in 2015, Michelle stopped nursing to help run the business with Ken. She loves the Premier family atmosphere that has been created over the years and is grateful every day for the amazing staff and patients. Her son and daughter are both CSU Rams. Michelle loves to play tennis and ski, enjoys listening to her favorite band the Avett Brothers. She loves the beauty and fun Colorado offers! 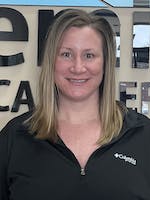 Born and raised in Steeler's Country, Danielle moved to Colorado from Pittsburgh with her husband in 2016. She has made the rounds with Premier Physical Therapy, working first as a tech, then a PTA, and has now decided to try her hand at the front office (and loving it)! When not working, she can be found in the beautiful outdoors hiking and fishing with her hubby, cruising the winding roads of the Rockies on her Triumph, and loving on her two kitties Tala and Brewster. She is accomplished in the fine art of tea service and has won many awards for her skill. She loves interacting with the patients and staff at Premier and looks forward to helping in whatever way she can! 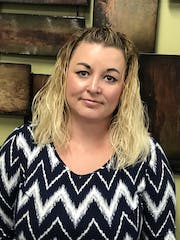 Born and raised in Colorado, Richelle enjoys nature and being outdoors in her free time. She also enjoys being a mom to her beautiful daughter and taking her on adventures. She has worked in healthcare for 12 years and looks forward to her journey with Premier Physical Therapy. 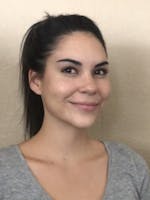 Emily was born and raised in Colorado but has family in California and Florida so her love for the ocean and warm weather is just as deep. She developed an interest in fitness at a young age, which led her to get a Bachelor of Science degree in Nutrition. Emily plans on applying to Physician Assistant school in the next couple of years while gaining more patient care experience in the meantime. Her hobbies include running, cooking, and reading articles and biographies of all kinds! 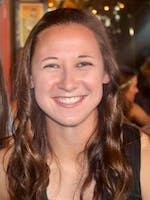 Born and raised in Vermont, Analise moved to Colorado to explore and enjoy all the amazing nature it has to offer! After graduating from Cal Poly in 2016 with a Bachelor of Science Degree in Kinesiology, Analise moved to Boston, MA to continue working in the physical therapy field at a private outpatient clinic as PT technician. With a concentration in Exercise Science, Analise uses her hands on experience from both the classroom and her previous PT clinics to help patients get the most out of each physical therapy session. Outside of the clinic, Analise loves to spend her free time hiking, skiing, snowboarding, biking, and playing Ultimate Frisbee. 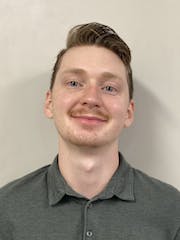 Born and raised in Delaware, Chase made the move to Colorado in the summer of 2020. In 2019 Chase graduated from the University of Delaware with a Bachelors degree in Exercise Science. While living in Delaware he gained experience at multiple PT clinics and is now pursuing PT school. Outside of work Chase loves soccer, cooking, hiking and exploring all the new things Colorado has to offer. 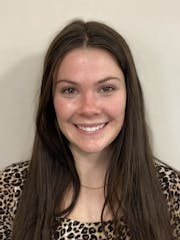